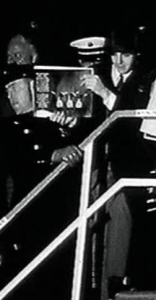 Paul McCartney with his copy of Heat Wave.

Heat Wave is the second album by Martha And The Vandellas. It was recorded in 1963 at Hitsville U.S.A in Detroit. It was released on the Gordy label in 1963.  It contained twelve tracks including versions of Heat Wave, Then He Kissed Me, If I Had A Hammer and My Boyfriend’s Back. In the UK it was released in 1965 on the Tamla Motown label. The UK version had twelve tracks but a different tracklist. Paul McCartney owned a copy of the America release. 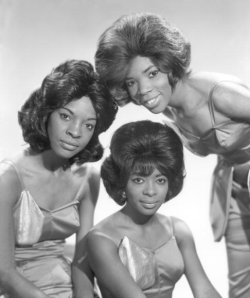 Martha And The Vandellas.

This song was written by Lamont Dozier, Brian Holland and Edward Holland. It was first recorded by Martha And The Vandellas in 1963. It was released as a single with A Love Like Yours (Don’t Come Knocking Everyday) on the B-side. It reached number four on the Billboard Chart and number one on the R&B chart. The song was used on Paul McCartney’s unreleased 1965 Christmas record Unforgettable. Cilla Black recorded the song in 1965. It was released on her American album Is It Love? Merseybeat group The Liverbirds recorded the song in 1966 and it was released on their album More Of. The song has also been recorded by Lulu, The Who, and The Supremes among others.