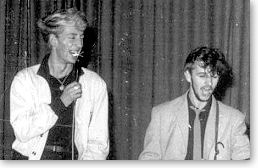 This song was written by Don Everly in 1959 and was recorded by The Everly Brothers that same year. It was released in 1960 as the B-side to Let It Be Me. The single reached number seven in the US and number thirteen in the UK. The song became part of Rory Storm and the Hurricanes’ repertoire. A live recording made at the Jive Hive in 1960 was released in 2012 on the album Live at the Jive Hive March 1960. The group also recorded the song in 1964 and released it as the B-side to their second and last single America. 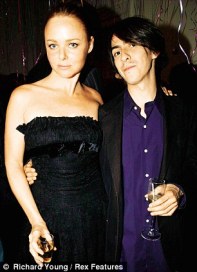 Written by Felice Bryant and Boudleaux Bryant, this song was recorded by The Everly Brothers in 1958.  It was released as the B-side to Problems. It wasn’t released in the UK until 1959. The single reached number two in America and number 6 in the UK. It was also released on the 1959 album The Best Of The Everly Brothers. The song later became a favourite of Stella McCartney’s and it was performed live in 2014 by Dhani Harrison, dedicated to her. 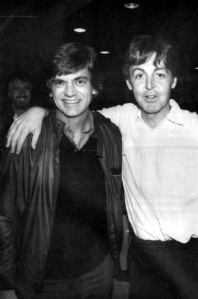 This song was written by Felice and Boudleaux Bryant in 1958. It was recorded by The Everly Brothers in 1958 and features Chet Atkins on guitar. It was released as a single with Claudette on the B-side. The Merseybeats covered the song in 1962. It was released in 2004 on the album Unearthed Merseybeat Vol 2. The song was part of  The Quarrymen’s and The Beatles’ repertoire. Paul later said “When we first heard it, it blew us away”. 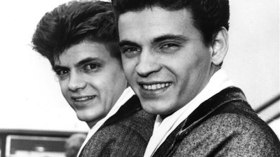 Written by Felice and Boudleaux Bryant, Bye, Bye Love was the debut single for The Everly Brothers. It was released in 1957 with I Wonder If I Care As Much on the B-side. It was the first song Paul McCartney performed live on stage. He and his brother Mike sang the song at Butlins Holiday camp in Filey. The song was part of Rory Storm and The Hurricanes’ repertoire and live version recorded in 1960 was released in 2012 on the album Live at the Jive Hive March 1960. The Beatles covered the song during the Let It Be sessions in 1969. George Harrison did a very unique cover of the song in 1974 for his album Dark Horse, changing some of the words. The song has also been covered by Simon and Garfunkel.
Now Hear This : Bye, Bye Love – George Harrison (1974)
Bye, Bye Love – Rory Storm and Hurricanes (2012)

Felice and Boudleaux Bryant wrote this song in 1957 and it was first recorded by The Everly Brothers. It was released as a single with Maybe Tomorrow on the B-side and reached number one on the Billboard chart. George Harrison saw The Everly Brothers perform live at the Empire Theatre in Liverpool. The song was part of The Beatles repertoire. John Lennon played the song in 1971 as part of a jam during the filming of the unreleased movie Clock.